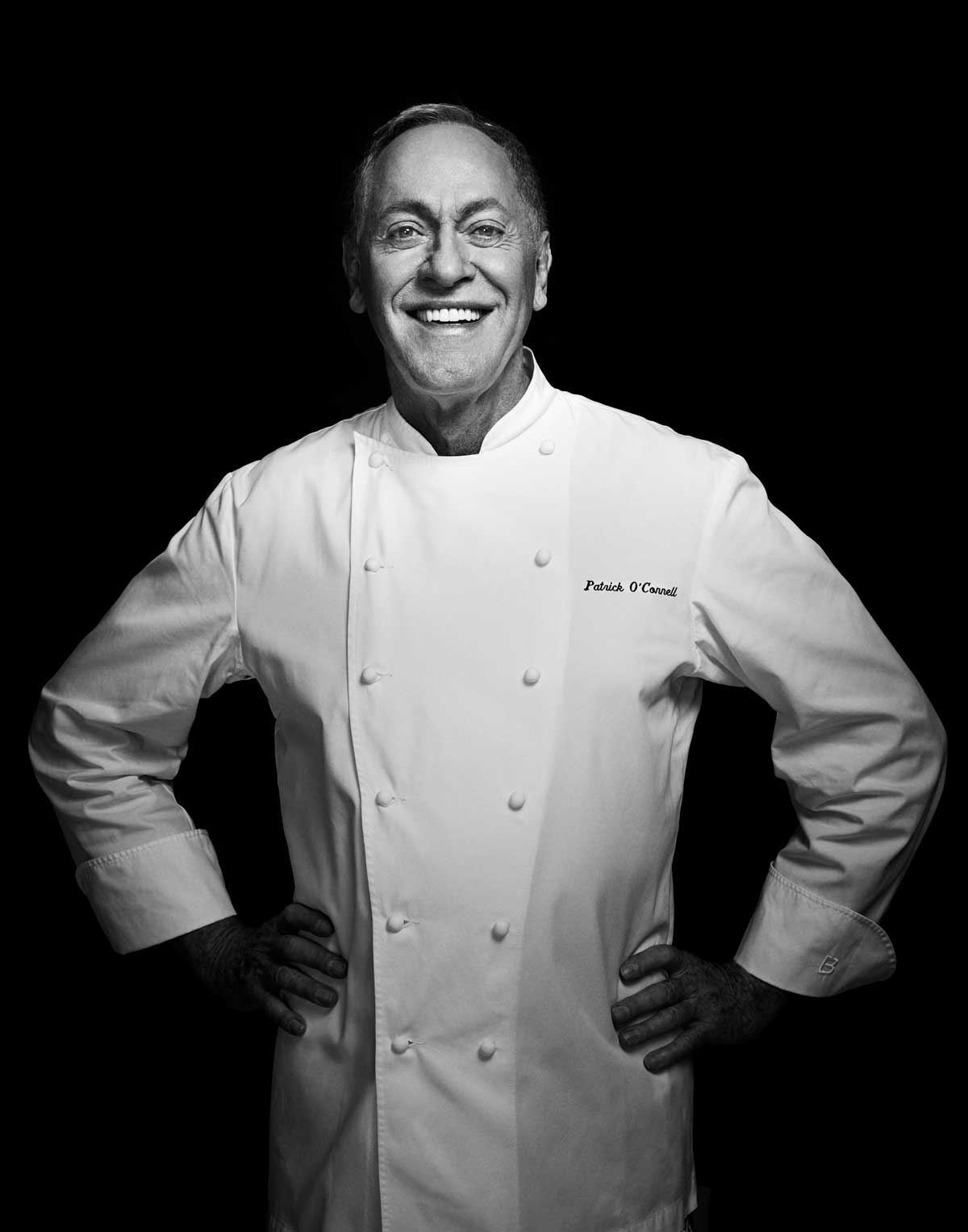 O’Connell was one of the original inductees into “Who’s Who of Food and Beverage in America.”

The Inn became America’s first five-star country house hotel and the first establishment in the mobile travel guides history to receive two five-star awards; one for its restaurant the other for its accommodations.

Restaurant of the Year in 1993

Best Chef in the mid-Atlantic region

In 2019 the James Beard Foundation honored Patrick with the Lifetime Achievement Award which is bestowed on someone “whose lifetime body of work has had a positive and long-lasting impact on the way we eat cook and/or think about food in America.”

In 2020, President Trump presented Patrick with the National Humanities Medal and called him “one of the greatest chefs of our time who has raised the culinary arts to new heights of excellence by embracing regional flavors and championing local farmers.”

Chef O’Connell has received an Honorary Doctorate Degree in the Culinary Arts from Johnson and Wales University.

The Michelin Guide awarded The Inn at Little Washington Three Michelin Stars in the 2019 guide. The Inn has retained this distinction each year.

In 2021, The Inn at Little Washington was awarded the Michelin Green Star for sustainability and was the only recipient of the distinction in the Washington Guide.